THANK YOU FOR SUBSCRIBING

Jack Butler, Founder & CEO
Starting with the first space flights in the 1960s, NASA concluded that pulsing electromagnetic fields (PEMF), similar to the earth’s own magnetic field, are essential to sustaining life in space as well as on earth.

Pulsed Harmonix’s True Pulse A2000 is based on NASA’s discovery. In fact, it is certified by the Space Foundation, a global non-profit organization dedicated to the advancement of space-related technologies.

Unfortunately, the earth is nearing the end of a very long cycle when it will lose almost all of its electromagnetic field. It is actually now only 5 to 10 percent of its long-term historic average strength. The severely diminished magnetic field of the earth coupled with the increasingly toxic load of our air, food, and water, has produced a double whammy, causing serious health problems. Our bodies have lost most of the energy required to expel this deadly toxic load and heal itself.

NASA’s research proved that our health, in fact our existence, depends on an adequate steady supply of electromagnetic energy to sustain the operation of our vital systems.

Pulsed Harmonix’s True Pulse A2000 was designed from the beginning to recharge the body while detoxifying it at the same time. Chronic disease and injury is very difficult to manage, let alone cure, in a body that is carrying a heavy toxic load. PEMF energy is the most effective therapy to treat decaying cellular energy.

The Beginning of the Journey

Jack Butler, the Founder and CEO of Pulsed Harmonix, is proud to point out that Pulsed Harmonix based its design on NASA’s research and its patents, which NASA made public. He also points out that True Pulse A2000 is registered with the FDA as a Class 1 medical device.

The Space Foundation is a global non-profit organization dedicated to the advancement of space-related technologies and public education about space. It is the sponsor of the world’s largest annual space industry event, Space Symposium, held every April in Colorado Springs.

The A2000’s design was based on utilizing the natural frequencies that the earth’s magnetic field produces, including the resonant “Schumann Frequencies.” Care was taken to produce electromagnetic pulses which would be entirely harmonic with all the vital systems of human and animal bodies, as the name of the company implies. “This was a costly and time-consuming effort but it has turned out to be very rewarding,” according to Mr. Butler. He also states True Pulse A2000 produces a full spectrum of the lowest “earth-based” frequencies, including the Schumann resonance frequencies. It also produces magnetic pulses that are powerful enough to cover the entire body with any one of the three applicators that come with the device. It does this without the very short treatment time limits that other higher intensity magnetic pulse devices require. As Butler points out, his engineering team has produced a device and magnetic pulses whose frequencies and waveforms are harmonic and resonate with humans and animals. The A2000 produces no frequencies that are considered to be in the harmful range, according to certified standard testing.

“As for the overall effectiveness of the device, there is no better evidence than the results of a recent independently managed survey (Survey Monkey),” said Butler.

Realizing the significance of PEMF technology as a safe, painless therapy, we have developed an FDA-registered Class 1 medical device, TruePulse A2000, to help clients take a step toward a pain-free life

“Based on the report, out of 80 respondents of long-term users of the A2000, 52 percent of the responders were ‘extremely satisfied’ with their therapy treatments. 33 percent scored the A2000 in the ‘Good’ category, 15 percent ‘Fair.’ Only one response was in the ‘Poor’ category.” Another very good indicator of the high performance of the A2000 is the very low return rate in spite of avery generous return guarantee. If not satisfied, buyers can return the device for a full refund within 30 days for only $200 to cover shipping and handling. Of the total of 730 devices sold, only 4.3 percent have been returned.

Included in the survey was a space for those who wanted to volunteer comments. Out of the many respondents, three of them claimed that they had cancer and that the A2000 was having substantial positive effects on them. “Pulsed Harmonix does not claim nor does it believe that the A2000 cures anything. What it does is provide the body with more than enough electromagnetic energy and detoxification to revive and strengthen all of the body’s natural healing capabilities,” said Butler. The primary mechanism of action is the A2000’s apparently unique combination of features as described below.

Butler also points out that there are well over 120 doctors of all types, including the Chief of Medicine of NASA, who are currently using the device in their daily practice; many of them have bought multiple devices. Further, Butler says that the feedback has been favorable, and, in addition, the doctors practicing with the A2000 over 600 devices are also being used in homes and offices. One of the doctors Dr. Kelly Miller routinely treats his patients with the A2000 to determine the overall status of their vital systems. Dr. Miller has stated that ‘The results from HRV (Heart Rate Variability) and MaxPulse tests of the A2000 consistently demonstrate (over 80 percent of patients treated) increased improvement in autonomic vital system functions, even after three treatments. With a gap of one week between treatments, vital system functions continued to make improvements.

Very strong evidence is finally being replicated in US laboratories, including NIH sponsored trials and studies that the primary means by which our bodies heal are the meridians. Yes, the meridians! In extensive clinical trials on thousands of patients, The Veterans Administration concluded that the meridians are actually the delivery source of stem cells and DNA to diseased and injured areas of the body that need healing. Further, they deterred that electrical stimulation of the meridian acupuncture points improves the function of meridians by a substantial and very measurable degree.

Pulsed Harmonix has very strong diagnostic evidence that the electromagnetic pulses of the A2000 are highly effective in strengthening the activity of meridians. TruePulse A2000 is very efficient simple to operate, portable, and lightweight. It weighs 4 pounds with a control box and 15 pounds when the applicators are included.

The original design of TruePulse A2000 was aimed at producing a device that could safely provide a unique combo of technology that would balance and recharge the bodies’ vital system functions and its blood cells while detoxifying the body simultaneously. In addition, the A2000 requires no maintenance and no arbitrary limits on treatment times or intensity. The innovative device has set a new standard for validated and highly-effective chronic care for serious diseases and injuries. 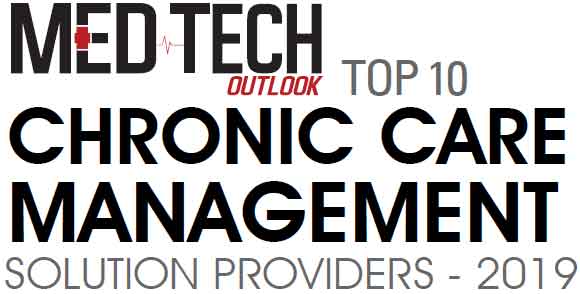 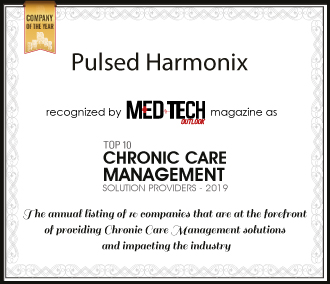 Description
PEMF stands for Pulsed Electro-Magnetic Field therapy, painless, a safe, drug, and injection-free treatment that makes use of a device to emit electromagnetic waves to restore cells’ healthy state. They help in proven effective for treating depression, improving circulation, reducing pain, increasing energy, and more. PEMF therapy has never been connected with any adverse side-effects and is certified by the FDA as a registered wellness device. They offer a Pro-Kit that includes everything the practice needs to get started treating patients. Additionally, they actively help their patients to lead a healthy life and improve their practice grow

However, if you would like to share the information in this article, you may use the link below: